Distinguished Professor of Education Greg Duncan, President of the Society for Research in Child Development (SRCD), will deliver the Presidential Address at the association's biennial meeting in Montreal on April 1. His address is entitled "Give Us This Day Our Daily Breadth."

SRCD is a professional association dedicated to promoting multidisciplinary research in the field of human development, fostering the exchange of information among scientists and other professionals of various disciplines, and encouraging applications of research findings. Over 5,500 researchers, practitioners, and human development professionals from more than 50 countries are members of SRCD.

Abstract:
As with any discipline, the field of child development progresses by both deepening and broadening its conceptual and empirical perspective. The rewards to refinement are impressive, but there is little need for encouragement in this area, since our disciplines, universities, and funding agencies reward depth and rarely breadth. I make the case for breadth: For combining insights from different disciplines and methods in new and synergistic ways. Examples include ways of looking at the influences of family poverty on children and methods for assessing impacts of policies. Drawing together disparate ideas about development and methods from different research traditions can be time-consuming and frustrating, but also deeply rewarding, both scientifically and personally. I close with some thoughts about how departments, universities, funding agencies and SRCD itself might promote interdisciplinary inquiry. 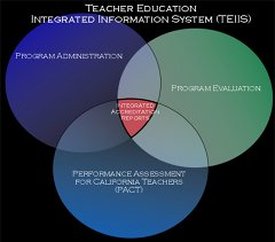 In the new educational and political climates of program accountability and data driven decision-making, teacher education programs are expected to document the preparation of teacher candidates from the application stage through their eventual placement in a K-12 classroom.

Teri Clark, Acting Director of the Professional Services Division of the California Committee on Teacher Credentialing (CTC), explains: "All education preparation programs are expected to fulfill a number of basic state expectations. From what I've seen, TEIIS might be the most comprehensive way to organize and keep track of data."

TEIIS has three modules: Program Administration, Program Evaluation, and PACT (Performance Assessment for California Teachers).
During creation of TEIIS, members of the State's Committee on Accreditation provided feedback on the system's functionality and utility and expressed their belief that TEIIS can be a model for other California teacher preparation institutions to emulate.

TEIIS has been adopted by two other UCs - UC Riverside and UC Santa Cruz. 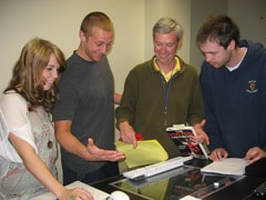 When Lecturer Jeff Johnston teaches his Education 181A Class, three undergraduate Peer Assistants have already helped with course preparation and are present to assist with classroom activities. Mr. Johnston’s Peer Assistants are undergraduate students specifically selected for the position. When previously enrolled in an earlier offering of Mr. Johnston’s course, they had demonstrated high academic achievement and interest in the course content. During Mr. Johnston's two-hour classes two times a week, the PAs engage in a variety of activities that may include leading group discussions, assisting with class activities, and helping with logistics (collecting attendance data, distributing class materials, facilitating PowerPoint presentations).

Outside of class, the PAs help prepare and copy class materials, create and maintain the class message board, hold study sessions with students before midterms and finals, and communicate student needs and interests to the instructor.

The benefits from the PA Program are far-reaching.
The comments of one PA who plans a career in teaching are typical of the comments found in PAs' end-of-quarter reflection papers: PAs can qualify for up to four units of ED 199 and up to 40 hours of fieldwork toward fulfillment of the requirements for their Minor in Educational Studies. 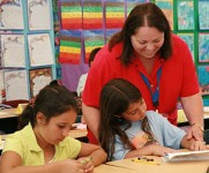 The Society for Research on Educational Effectiveness (SREE) was established in 2005 to provide an organizational infrastructure that supports and promotes research focused on causal effects of education interventions, practices, programs, and policies.

In keeping with its commitment to applying procedural norms of science to the study of educational problems, the SREE sponsors activities and publishes original research focused on educational effectiveness. Research highlighted by SREE includes rigorously designed predictive studies of educational interventions and descriptive studies that model the distribution of education outcomes. Publications and activities sponsored by SREE bring into focus developments in research design, measurement, modeling and data analysis to advance education research. 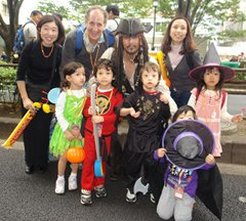 Professor Mark Warschauer is spending his sabbatical year in Tokyo as a Visiting Scholar at Waseda University. He is using the year to both continue some of his US-based projects -- he just finished writing a new manuscript on digital media and learning for Teachers College Press -- and also to deepen his ties and understanding of technology and education in Japan. On the latter note, he has given talks at Open University of Japan and Kanda University of International Studies, and, later in the year, will give plenary speeches at a regional conference of the Japan Association of College English Teachers and the annual national conference of JALTCALL.  He is also visiting local schools that are making interesting uses of technology and meeting with faculty at Waseda and other universities to plan research projects on both eReading and mobile language learning.

Dr. Warschauer is joined in Japan by his wife, Keiko Hirata, and their three children, a six-year-old son, Danny, and five-year-old boy/girl twins, Noah and Mika. The three are enrolled in public kindergarten in Tokyo, which has given Mark further insight into the Japanese educational system. The three had a headstart in learning Japanese before they went to Japan and, according to Dr. Warschauer, all became bilingual in just a few months.

“It’s been wonderful to see how warmly all our children were welcomed at school,” said Dr. Warschauer, who noted that it’s the first fully inclusive educational experience that Danny, who has Down syndrome, has yet had. When Danny transitions to first grade in April, he will be in a special education program, which will give the Warschauer family a first-hand look at another aspect of the Japanese educational system.


The Warschauer family will be returning to UC Irvine at the end of June.

"Stem Attainment and Social Disparities: Beyond the Business of Parallel Play"

Abstract of Lecture: STEM attainment and social disparities are part of a mutually reinforcing and interdependent process. The paradigmatic influences of academic disciplines (e.g., sociology, psychology, political science, and economics) and fields of study (e.g., mathematics education, science education, public policy, and literacy) provide important insights into domain specific components in the process. However, the intellectual fragmentation across the problem space is potentially misleading and in some cases harmful to consumers of our research—policymakers, practitioners, and other researchers. Dr. Tate's lecture focused on this challenge. Examples and models were drawn from STEM education research and development. The costs and benefits of success were highlighted.